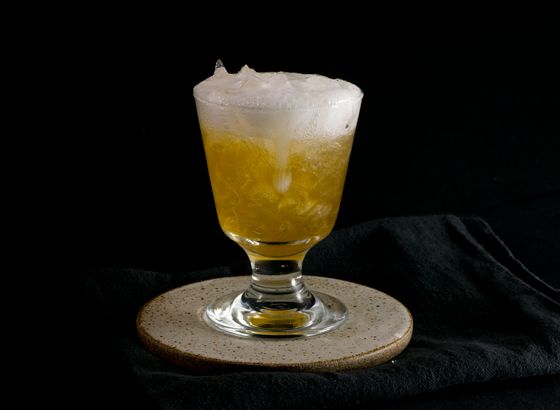 The ultimate herbal liqueur, Chartreuse is excellent on it's own and in a myriad of classic cocktails

The history of chartreuse reads like a medieval fairy tale. According to the distillery’s official history, the original recipe was gifted to the monks of Vauvert in 1605, at which point it was already an “ancient manuscript” of apothecary origins, purportedly claiming to be an “elixir of long life”. It wasn’t until the early 1700s before the monks could get the necessary analysis needed to fully construct the recipe, and even after that it was mostly sold in modest sums as a strong health tonic. As the drink grew in popularity as a drink of enjoyment, the monks began manufacturing a milder version, which would become what is known today as green chartreuse. It’s partner, yellow chartreuse, would be added to the line in 1840. Over the course of the 19th and 20th centuries, the monks would endure the kind of fate that many peaceful figures who didn’t actively pursue power endured; they were kicked out of their monastery multiple times, had the rights to the chartreuse brand taken and sold, and once had to flee the country. Miraculously, the brand always returned to the monks. Perhaps it was divine intervention.

Chartreuse, along with its kissing cousin Benedictine, is unique in the world of liqueurs because it ages well. Most liqueurs get worse over the decades, but like a good scotch, chartreuse improves in the bottle. If you are ever lucky enough to try a vintage at an affordable price, do so. In Manhattan, the bar Pouring Ribbons is a good place to start. Chartreuse is strong, viscous, and herbal with a flavor that is utterly impossible to replicate. In fact, several chemically-minded inquisitors have tried to reverse-engineer chartreuse with little success. This complex flavor, high viscosity, and sweet-yet-strong punchiness makes it one of the great cocktail components. Yes, it’s a little pricey, but some things are worth it.

Green chartreuse has a stronger, more intensely herbal profile than yellow chartreuse. This makes it an excellent selection for wintry and nocturnal drinks. Spirit-forward concoctions benefit from the sweet-yet-punchy profile of green chartreuse, as it can sweeten the drink without making it feel watered down or decadent. Try it in classics like the last word, bijou, and Champs Elysees. Green chartreuse opens up nicely too, making it just as effective as a balancer in long drinks like the Chartreuse swizzle, lawn dart, and Jimmie Roosevelt

Yellow Chartreuse is sweeter than its green cousin, but still has the same punchiness. The drink has a smooth richness that some describe it as honey-like. This unusual combination of sweetness and potency makes it even more effective in short cocktails. Ultra-classics like the Widow’s Kiss, Alaska, and diamondback all employ this mixture to great effect. Newer drinks like the Pearl of Puebla and Naked & Famous are also worth a try. As an added bonus, yellow chartreuse has a beautiful yellow color that is easy to work with in presentation-forward drinks.

Benedictine can be used as a replacement in drinks that are not particularly Chartreuse-forward. The two colors of Chartreuse may be subbed for one-another in a pinch.